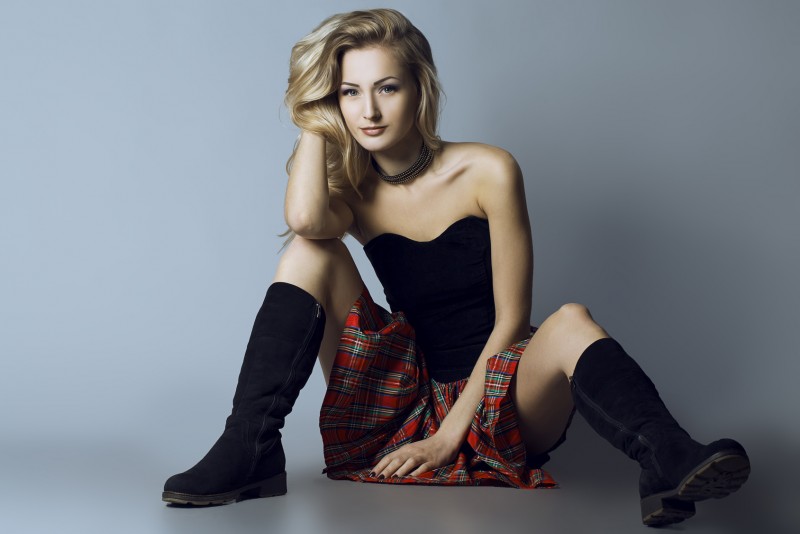 My humble apologies for not posting much in the last 10 days – I’ve been drinking Ale and Whisky in Scotland (tough life I know…) and only touched down at OR Tambo about 36 hours ago. Sure, I’ve got a few great stories to tell, but because this is a blog, dedicated to blokes, I’ve decided to write a tailor-made dude post (and if you have been as far north as Scotland, you’ll understand exactly where I’m coming from). So here it is –  I rate Scottish women are amongst the easiest in the world to bed, and here are the reasons why you shouldn’t battle to get lucky if you visit the land of Braveheart.

Don’t get me wrong, it’s a beautiful country, but the weather is terrible. I reckon the Scots might be lucky to see 20 days of sunshine a year, the rest is spent under umbrellas or behind locked doors, guarded against the harsh elements bestowed upon them by the Gods of the North Sea. But being indoors for long stretches of time (weeks on end) brings a few advantages to those looking to get lucky. Add a little alcohol ( I would suggest a good single malt) and a wee tartan blanket and you don’t need to be in Ireland to find your pot of Gold. You just need 3 weeks of kak Scottish weather and nothing on TV!

Hit any bar in Scotland and you’ll find as many women enjoying a drink as you do men, sitting around on rickety bar stools. And gentlemen, these chicks aren’t pushing back watered down brutal fruits, like our prim and proper bokkies. Nope, these hardened lasses are drinking whisky that’s 50% proof, distilled somewhere in the highlands and matching their male counterparts dop for dop. I said they can drink like men, but I didn’t say they don’t get drunk as a result. You do the maths…

Honestly, don’t underestimate the devastating effect of a “Saffer” accent. Delivered at the right pitch, with the right timing (around the time a group of Scottish chicks are ordering their 4th round of drinks at the bar), the South African accent is guaranteed to blow panties straight out of the pub.  At R100 per beer, our currency isn’t doing us any favours, so use the one thing you’ve been given which hasn’t cost you a cent – pull out that lekker accent and watch the chicks hone in with hungry ears.

You have all your teeth

There is something strange about Brits and their teeth. It’s probably genetic, but few of them are sporting a Tom Cruise smile. Actually, I saw more missing teeth in Scotland than rays of sunshine. You got a reasonable pair of tande (without any noticeably missing ones)? Then pack up your bags and head to Scotland, because you are already one step ahead of every second bloke that I bumped into.

No sunshine means most Scots are just about fully transparent. If you hold them up close enough to a light, I would bet R50 you could count all their internal organs and watch their blue blood pump through their veins. There were no dark skinned blokes I bumped into, just a bunch of really really white dudes (and that is saying something coming from a white dude). Couple that tan, you are sporting all year round, with that Saffer accent and a full set of teeth and you have a perfect trifecta for picking up a Scottish woman (hell, you might just fall into the exotic guy category)

You have a job

I’m not painting everyone with the same brush, but if you don’t want to really work in the UK it’s pretty easy to find a way to sit on your arse and have the government subsidize your beer drinking and sports betting habits (just pull a work disability claim or have 7 kids). Down south, we work because we bloody well have to. No hand outs down here, you gotta make a plan china or you will be sitting on the side of the road with a torn apart brown paper box that reads “I’m not looking for Nkandla, just R5 from your cigarette ashtray”.

If you take the 60% who might be working and knock off the guys with missing teeth and those as pale as Caspar the ghost, you might only be dealing with 30% of the Scottish male population. Take your Saffer accent into account, along with your tan and your propensity to enjoy a dop, and dude if you don’t come right in Scotland, you will never score anywhere in the world.

Just take buckets of cash, cos the alcohol isn’t cheap.

Rate this post & let us know if you’ve ever dated a Scottish lass!

Was in Edinburgh last year… I agree, eye candy galore in Scotland.

I used to say to the woman, “I am so easy, I Take my clothes off myself, just switch off the lights skattebol”. I have 3 kids, all girls. Thank Goodness we are living in South Africa, otherwise they would have been as easy as me. Thank you Great Grandfather from Scotland, now I know its Genetic.

Hi Sleb
Loved your article about how to bed Scottish lasses,

Ha ha. My boss is from Scotland. Explains A lot.