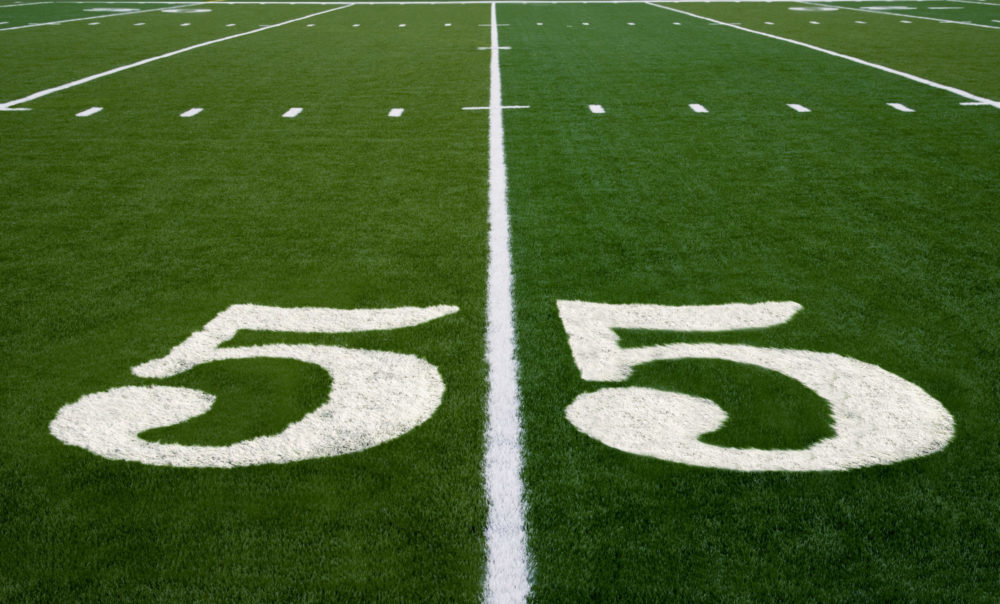 One of the most tumultuous seasons in NFL history is set to reach its climax with the highlight of the gridiron calendar: The Super Bowl. Like so many other sporting competitions around the world, the NFL has had to deal with multiple positive Coronavirus test results, forcing numerous postponements.

The defending champions Kansas City Chiefs will attempt to become the first team since 2005 to win back to back Vince Lombardi trophies. Super Bowl 55 will take place at Raymond James Stadium in Tampa Bay, Florida.

However, due to the ongoing Coronavirus pandemic, the attendance will be limited to 25 000 people, approximately a third of the stadium’s capacity. A portion of those tickets has been allocated to Florida health workers, who’ve already been vaccinated. This will be the lowest attendance in Super Bowl history.

Traditional Super Bowl activities that are held throughout the week for the media and fans have all been cancelled. And Americans are being urged not to hold Super Bowl parties.

If you’re lost and don’t understand what the fuss is all about, please check out our piece on the basics of the NFL.

Let me take you through the basics of the NFL

The man attempting to stop the Chiefs from making history will be 43-year old Quarterback, and six-time Super Bowl champion, Tom Brady. You read that right, 43 years old. Ironically Brady was part of the 2004/05 New England Patriots. The last team to win back to back Super Bowls.

Mahomes is also the youngest QB to play in three consecutive AFC Championship matches. The first of which he lost against Tom Brady’s Patriots.

The Chiefs and the Patriots have already met during Week 12 of the regular season. Kansas City won a nail biter 27-24, that was headlined by Chiefs Wide Receiver Tyreek Hill’s sensational first-half performance. Hill and his jet heels torched the Buccaneers defense to record a career-high 269 yards, thirteen catches and three Touchdowns. The wideout performed a backflip into the End Zone for one of the TDs. I’m sure the Tampa defense hasn’t forgotten the showboating.

The Chiefs defeated the Cleveland Browns in the Divisional Round in a tight affair that saw the Chiefs finish the match without star QB Mahomes, who had to be assisted off the field with a concussion. Mahomes returned to lead the Chiefs to an impressive win over the dangerous Buffalo Bills to claim the franchises second AFC Championship in a row.

Kansas City has the number one offence in the league for total yardage, and the sixth offence in points scored. At the heart of this potent offensive unit is QB Patrick Mahomes. The Texas Tech Universe alumni haven’t dominated the season single-handedly, however.

His primary targets have been Tight End Travis Kelce and the rapid Tyreek Hill. Both men have wreaked absolute anarchy with opposition defenders. The supporting cast of Mecole Hardman, Sammy Watkins, and Demarcus Robinson have also proved themselves reliable targets for Mahomes. Whilst rookie Running Back Clyde Edwards-Helaire has gone from strength to strength.

However, the key to the Chiefs aerial attack, Pro Bowl Left Tackle Eric Fisher tore his Achilles against the Bills in the AFC Championship and will miss the Super Bowl. Fisher is the leader of the Chiefs Offensive Line and an integral part of Mahomes blindside protection. Bucs Defensive Ends Ndamukong Suh and Jason Pierre-Paul will fancy their chances of sacking Mahomes with Fisher out of the picture, as will Linebacker Shaquil Barrett.

Defensive Tackle Chris Jones will lead the Chiefs defensive line in trying to succeed where many others have failed, disrupting Tom Brady. While Safety Tyrann Mathieu will be crucial to thwarting Brady’s inevitable aerial bombardment.

In order to reach their first playoffs in twelve years, the Bucs won eleven matches and suffered five defeats to finish second in the NFC South behind the New Orleans Saints. Two of those defeats came in brutal fashion at the hands of divisional rivals, the Saints.

Tampa’s offense was ranked seventh in the league in total yards and third for points scored. Even at 43 years old, Tom Brady has proved to be a significant upgrade to previous QB and former NFL Draft overall number one pick Jameis Winston. Brady threw 40 TDs and 12 interceptions, whilst in the season previous, Winston threw 30 TDs and 30 interceptions.

In contrast to the Chiefs, Tampa had to navigate the long way round to reach the Super Bowl. All their playoff matches were played away from home. The Washington Football Team was dispatched in the Wild Card Round before the Bucs got sweet revenge by knocking out the New Orleans Saints in the Divisional Round. Brady and the Bucs completed their amazing playoff run by beating Aaron Rodgers and the NFC number one seed Green Bay Packers in the NFC Championship match at Lambeau Field. By doing so the Bucs will become the first team in NFL history to contest a Super Bowl at their home stadium.

Much like Mahomes, Brady has some serious firepower at his disposal. Wide Receivers Mike Evans and Chris Godwin are two of the best Receivers in the league, whilst Scotty Miller’s electric speed is a nightmare for Defensive Backs. Veteran wideout Antonio Brown has experienced a career resurgence with the Bucs following his legal troubles.

The Chiefs defense will also need to keep an eye on the Tight End duo of Cameron Brate and Brady’s former Patriots teammate and future hall of famer, Rob Gronkowski. Running Backs Ronald Jones and Leonard Fournette have combined for over 1300 rushing yards and 13 Touchdowns. LeSean McCoy is another option at Running Back, even though his best days are behind him.

But as good as the Brady’s offense is, their defense is even better. I’ve already alluded to the talents of edge rushers Suh, and Pierre-Paul. Linebacker Shaq Barrett will be ably assisted by Devin White. These physically imposing individuals will be looking to ensure it’s a long day for Patrick Mahomes, particularly in the absence of Eric Fisher.

The defending champion Chiefs are the bookies favourites to win the Super Bowl. And I have to say, I agree with them. Mahomes is a generational athlete. Barring any injuries, he will pose a serious threat to Brady’s numerous records over the course of his career. However, you’ll bet against Tom Brady at your peril.

Let us know your thoughts in the comments section below or on Facebook.