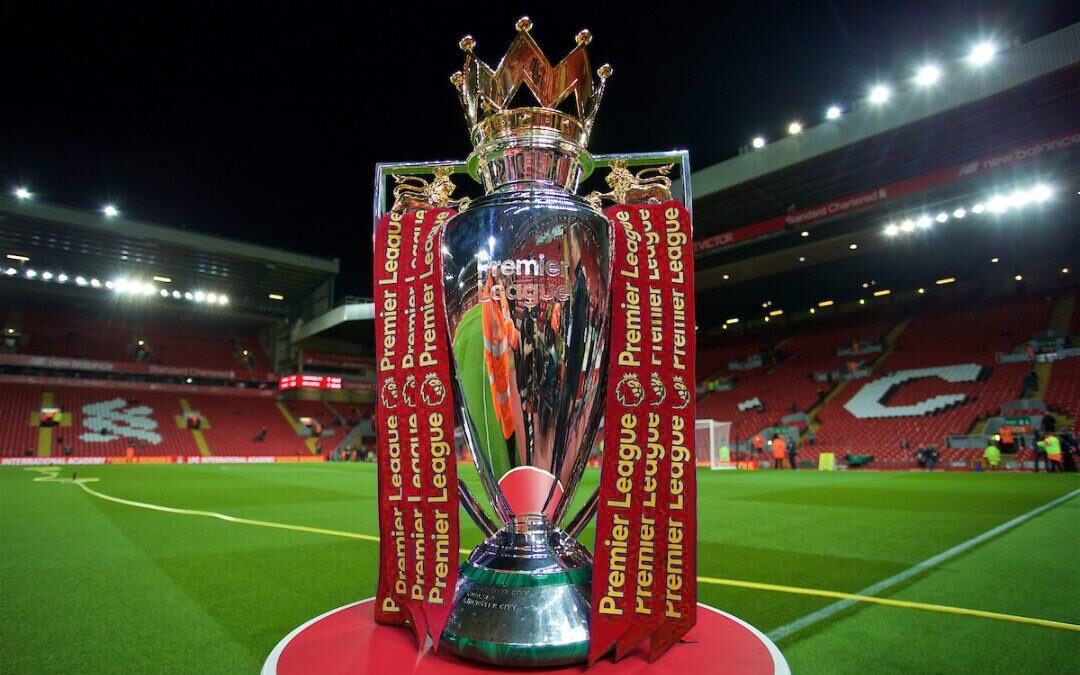 It’s over Liverpool fans. 30 years of disappointment, anguish, and ridicule has finally come to an end. It hasn’t been all doom and gloom for the red nation in the last three decades, however. Since the club’s previous top-flight championship in 1990, Liverpool has won six European trophies and seven domestic cups(excluding the Community Shield). But the Holy Grail for the club has undoubtedly been the pursuit for the Premier League. Jurgen Klopp’s brand of heavy metal football has delivered English football’s biggest prize to one of the biggest clubs in the world.

Which got me thinking, how does a football juggernaut like Liverpool fail to win a league championship for 30 years? It just doesn’t make sense. Particularly after dominating the landscape during the 1970s and ’80s. Part bad luck, part mismanagement, or simply not being good enough, the failure to succeed is often a complex web that defeats even the brightest of football minds. This is my version of the timeline of events that turned the most dominant force in English football into a punchline.

Alex Ferguson is appointed as the new manager of Manchester United. His task is to try and derail the unstoppable freight train that is Liverpool Football Club and end United’s own title drought.

Ferguson famously remarks in an interview:

“My greatest challenge was knocking Liverpool right off their fucking perch. And you can print that.”

But this prophecy fails to materialise for several years, as Liverpool are more concerned with the threat posed by Everton and Arsenal. However, as time will tell, Ferguson will become a big a thorn in Liverpool’s side as any individual.

Had Martin Edwards fired Ferguson in 1989, the odds are Liverpool’s chase for a 19th championship would’ve ended a lot sooner.

96 Liverpool fans went to Hillsborough stadium in Sheffield, for a FA Cup Semi-Final, and never returned home. It is a tragedy that casts a dark shadow over English football. Liverpool Football Club is never the same. The players are haunted by the events of that grim South Yorkshire afternoon, followed by heart-wrenching funerals of the perished fans, but it is manager Kenny Dalglish who never fully recovers emotionally, leading to his surprise resignation less than two years later.

Arsenal end Liverpool’s unbeaten start to the season with a 3-0 victory at Highbury. A pivotal result in a season that sees the Merseysiders and the North London outfit go head to head for the championship.

Kenny Dalglish stuns the football world by resigning his position as Liverpool manager, with the club sitting three points ahead of second-placed Arsenal on the log. Dalglish will later pinpoint the Hillsborough tragedy as a major factor in his decision. After an illustrious career as both player and manager, the Scotsman’s 14-year association with Liverpool is over. Ronnie Moran takes over as the caretaker manager.

Club captain and stalwart, Alan Hansen announces his retirement, after being forced out of action for the last year through injury. Hansen has played an integral role in the success of the club during the preceding decade and a half.

Paul Merson scores the winner at Anfield, as the Gunners complete a league double over Liverpool. Arsenal will finish the season as champions despite a two-point deduction for the infamous 21 man brawl at Old Trafford, and the eight-week imprisonment of captain Tony Adams for driving under the influence.

Graeme Souness is hired as the new Liverpool manager after a successful stint managing Rangers in Scotland. Souness will be the first of many managers who will try and fail to return The Reds to their glory days. Despite winning the FA Cup in 1992, Liverpool experienced a sharp decline under Souness.

Liverpool breaks the national transfer fee record when they sign Welsh striker Dean Saunders from Derby County. Saunders is brought in as a replacement for the soon to depart Peter Beardsley, and eventually the long-term successor for club legend, Ian Rush. Though Saunders manages to find the back of the net 23 times, only 10 goals come in the league. Saunders is sold to Aston Villa, after a single season at Anfield.

During an international friendly between England and Finland, in preparation for Euro ’92, John Barnes ruptures his Achilles’ tendon. It takes several months for Barnes to make a full recovery, but the days of the fleet-footed winger who could effortlessly glide past defenders are a thing of the past.

Deprived off the electric pace, Barnes transitions into a central midfielder. Barnes physical struggles coincides with Liverpool’s own decline within the English game. Even the emergence of Steve McManaman fails to arrest the slide. But Barnes is far from finished and provides some of the Premier League’s memorable moments. Such as the bicycle kick against Blackburn Rovers, and that match against Kevin Keegan’s Newcastle United:

Souness resigns as manager after an underwhelming spell. Boot Room alumni Roy Evans is appointed manager. By this stage, Liverpool have fallen far behind rivals Manchester United. Blackburn Rovers, Arsenal, and Newcastle United have all overtaken Liverpool as title contenders.

With Rush’s best days behind him, Liverpool have high hopes for a prolific partnership between Collymore and local prodigy, Robbie Fowler. In their first season together, Collymore and Fowler combine for 55 goals, but Collymore’s form takes a nosedive in his second season. And just like Dean Saunders, is offloaded to Villa.

The European Court of Justice makes a ruling that alters the football industry forever, by allowing players over the age of 23, who ply their trade within the European Union, to move clubs without consent or a transfer fee received from their old club, once their contract expires. This verdict is unofficially known as the Bosman Ruling. Named after Belgian footballer, Jean-Marc Bosman. In 1999, Steve McManaman uses this ruling to his advantage, when he joins Spanish giants, Real Madrid. Meaning Liverpool not only loses one of their best players but don’t receive a cent for the born and bred Scouser.

Second-placed Liverpool suffer a 3-1 defeat at Anfield to league leaders Manchester United thanks to two goals from defender Gary Pallister. The loss effectively ends Liverpool’s bid for a first championship in seven years. Despite having an equal number of points as Newcastle United and Arsenal, the Merseyside club finishes the season in fourth place on goal difference.

Roy Evans resigns as joint manager, after almost five years at the helm, leaving Gerard Houllier in sole charge. Evans has a single League Cup triumph on his resume during his tenure.

Fresh off a historic treble, and with high hopes of ending a decade-long championship drought, Gerard Houllier is taken to hospital, after complaining of chest pains. Assistant manager, Phil Thompson takes over the reigns until March.

With Houllier back in the dugout, and Liverpool chasing the elusive championship, Gus Poyet all but ends Liverpool hopes in a tight contest against Spurs at White Hart Lane. The slim defeat opens the door for Arsenal to clinch the Premiership at Old Trafford. Liverpool’s second-place finish is their highest since 1991.

Despite Champions League qualification, Gerard Houllier is sacked. The Frenchman is the latest manager who’s been unsuccessful in delivering the Premiership to Anfield. Rafa Benitez is announced as his successor.

Liverpool sells former wonderkid, Michael Owen to Real Madrid. Liverpool will win the clubs first European Cup in two decades without Owen, however, goals are hard to come by in the Premier League. Especially as Owen’s replacement, Djibril Cisse, suffers a horrific injury in October.

George Gillett and Tom Hicks complete their takeover of Liverpool Football Club. The duos ownership will prove to be extremely unpopular amongst Liverpool fans, who feel the club regresses during their three-year tenure.

Controversial Thai politician Thaksin Shinawatra sells Manchester City to Abu Dhabi United Group Investment And Limited, in a deal that alters the football landscape, and relegates Chelsea owner Roman Abramovich to the second wealthiest owner in the Premiership. This deal will ensure Manchester City become the biggest obstacle in Liverpool’s crusade for the Premier League.

With Liverpool sitting on top of the log, manager Rafa Benitez launches an attack on Sir Alex Ferguson at a press conference. Benitez’s statements precedes a costly loss of form that allows United to leapfrog Liverpool.

With an impressive 4-1 win at Old Trafford still fresh in the memory, Andrey Arshavin plunders four goals in a thrilling draw at Anfield that effectively hands the Premier League to Manchester United. This is as close as Benitez gets to winning the Premiership.

Midfielder Xabi Alonso is sold to Real Madrid. There are rumours of Alonso having personal issues with Benitez. Stephen Gerard later admits he was “devastated” by the transfer. Alonso’s replacement, Alberto Aquilani, will struggle with injuries and make little impact at Anfield, setting Liverpool up for a disappointing season.

After six seasons as manager, Rafa Benitez resigns after a disappointing campaign. Roy Hodgson is hired as the new manager.

Roy Hodgson is dismissed after a dismal start to the season. Club legend and former manager, Kenny Dalglish is appointed on an interim basis until the end of the season. But will be given the job on a permanent basis.

Liverpool reluctantly sells star striker Fernando Torres to Chelsea for £50million. Though this paves the way for the signings of Andy Carroll and Luis Suarez.

Kenny Dalglish is no longer the manager after an eighth-place finish. Swansea City manager, Brendan Rodgers is announced as his replacement.

Luis Suarez appears to bite Chelsea defender Branislav Ivanovic. The Uruguayan is charged with violent conduct and is hit with a 10 match ban, that will see Suarez miss the first five matches of the following season.

With three matches remaining, Liverpool are five points ahead of Chelsea, and six ahead of Manchester City(who have a game in hand). In a crucial Anfield fixture against Chelsea, Liverpool dominates possession but are sucker-punched in first-half stoppage time after captain Gerard slips to allow Demba Ba to score the opener. Liverpool goes on to lose to allow City and Chelsea back into the title picture.

Note: Our very own Sleb was at Anfield that day.

Liverpool inexplicably blows a three-goal lead at Selhurst Park, to draw 3-3 with Tony Pulis’ Crystal Palace. City takes advantage by winning all their remaining matches to become English champions. Since Kenny Dalglish’s first managerial spell, this is the closest Liverpool have come to breaking the Premier League curse.

A public contractual dispute between Liverpool and Raheem Sterling ends with Sterling joining Manchester City. Two-thirds of Liverpool’s front three from the 2013/14 season are no longer at the club, and Sturridge is struggling with injuries. Liverpool now requires a new front trio.

Brendan Rodgers is fired as Liverpool manager. Seven managers have now failed to win the Premier League in a quarter of a century. Jurgen Klopp is the new man in the hot seat.

In a match full of drama, Liverpool suffers their only Premiership defeat of the season thanks to Leroy Sane. But controversy reigns around City captain, Vincent Kompany, who many argue should’ve received his marching orders for a “professional foul” on Mohammed Salah. City edge Liverpool by a solitary point to clinch Pep Guardiola’s second league championship.

Due to the Covid-19 global pandemic, the season is temporarily halted with Liverpool five points away from winning the club’s first championship in 30 years. Uncertainty fills the sports world, and there are some calls to cancel the season. But after weeks of negotiations and proposals, and a blueprint from the Bundesliga, Premier League clubs agree to resume the season in June.

Chelsea defeats a 10-men Manchester City at Stamford Bridge, and Liverpool have finally crowned champions of England. Jurgen Klopp and his men have made history. Simultaneously millions of Manchester United fans log out of all social media platforms. There you have it. A summary of how a competition can hang around a football club like a millstone. Arsenal and Manchester United, take heed.

Let us know your thoughts on Liverpool. Are they going to continue with their success or will the other clubs catch them next season?