Where have all the chivalrous men gone? 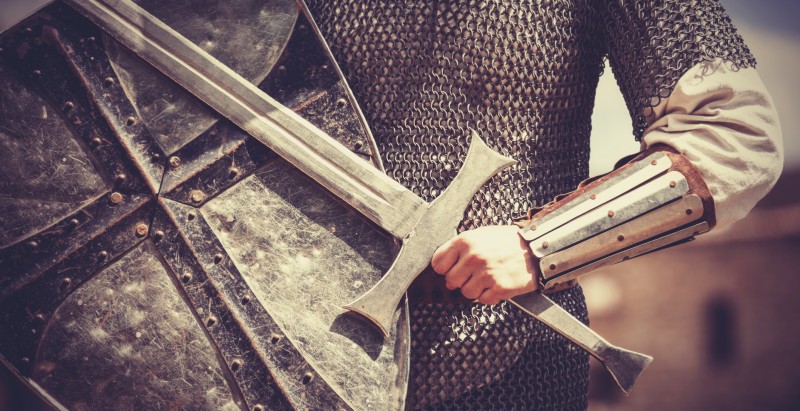 The other day I was waiting patiently for an elevator, in a busy shopping mall, and behind me were a couple of twenty something year old guys, furiously fidgeting on their mobile phones, paying little attention to much else except the speed of their thumb messaging and reflections in a storefront mirror. The lift finally made its way up towards us, and as the doors slid open, the pack behind me stormed in (SEAL ambush style) brushing aside a group of elderly ladies, like skittles on a bowling lane. I could see the utter disgust and resentment smeared across the women’s faces as they finally managed to re-group and exit the lift. It left me asking myself – where have all the chivalrous men gone?

I’m not sure about you but when I was a lightie my old man ‘schooled me’ properly, when it came to women and the need to behave courteously. “Manners maketh man” was something he drummed into us, from an early age. And, as a result, we were the type of kids who used to hold doors open for ladies, passing through, give up our bus seats to the elderly, and behaved like little gentlemen wherever we went. Failing to do that would result in a quick, sharp klap to the head, administered by our father, as  corrective behaviour, and it always worked!

I believe the act of chivalry has been lost on our youth, and I blame parents and the media for this.

Children mirror behaviour and if dad isn’t a chivalrous type of guy, you can bet your bottom Dollar, little Johny ain’t going to be bothered to let a couple of old ladies exit a lift, before him and his mates barrel on in. As fathers, we owe it to our sons to teach them about chivalry – it’s our duty to bring up strong, well adjusted, well mannered gentlemen. The type of men the father of the bride would be proud to hand his daughter over to.

But, unfortunately, you just don’t see enough of these types of kids or young men anymore. “Manners maketh man” –  it’s more like “money maketh man” nowadays and, as a result, we have narcissistic little prats running around, who are so self engrossed that a single act of kindness, or simple awareness is far beyond their narrow little minds.

And then you have the media!

The media has turned the female form into nothing more than a sex object. Don’t get me wrong, I’m a guy’s guy, through and through, and love a good looking chick as much as the next dude. But when scantily clad women are gyrating and twerking on TV and YouTube, you can’t help but think that kids, who are watching this stuff, (especially young impressionable teenage boys) are thinking chicks aren’t much more than a piece of meat, hung up for their pleasure (and who opens up a door for a piece of meat, right?)

And when that type of thinking is engrained in our society, it’s difficult to change the thought pattern back to an older notion – that woman are to be wooed, celebrated and ultimately shown respect.

Back in the Middle Ages, Knights upheld a code of chivalry. It wasn’t good enough to just be a soldier, you needed to uphold a code, a code of conduct, because any barbarian could wield a sword, but a true man lived by a code.

And one of those codes was:-

21 replies on “Where have all the chivalrous men gone?”

I agree with you wholeheartedly! However I have noticed that a good proportion of South African women do not respond to this type of chivalry and have come not to expect it, e.g.: I have often held a chair for a lady to seat her a the table and she goes to another chair thinking that I’m seating myself. Having said that, I have just been to the Amajuba festivities in Volksrust where I found that the Afrikaans young men and boys doe show respects for ladies and their elders from tipping their hats in greeting, to holding doors for the ladies as well as the inevitable Oom and Tannie respectful greetings

Yeah its very sad and makes me furious at times.My son is 20 and a true gentleman because thats the way he was brought up. Parents must take most of the blame for our inconsiderate, “slapgat” lighties! I say bring back the good old military training because if they didnt learn manners at home they sure as hell will in the army!!!

It’s good to be chivalrous to women but also to not be TOO nice! It’s all about balance 🙂

Well these days some women take offense to chivalry, all to do with girl power and equality and how men are weak blah blah blah, however, like you, I prefer to keep it going for those that do appreciate it…no harm no foul

Haha couldn’t agree more Willie. Nothing like a bit of old fashioned respect!

Agree Shamz, it’s not a power thing it’s purely showing how much we respect women!

Today,we do not have men. We have boys. Self-centred, egotistical idiots. To treat women as LADIES, takes a special skill. Parents especially MUST teach their children to respect people. All this begins at home. Not school, media or government. Parents need to reassess their roles, in developing courteous, respectful and caring children. It will change our society.

What a truth full article I am very proud of my 26 year old son raised him the right way and it is good to see the proper way he treats his lady in his life lets not forget this whole equality thing where men were “de maled” I am a firm believer in equal opportunities but does that mean we loose our original definition of male and female. Whether we like it or not by gender we have certain roles to play It pains me to no end to see how women try to proof themselves by trying to behave like men This whole chivalry thing cuts both ways women should insist on men doing it and then all the same return the compliment like some one said earlier lean over and just pull the car door handle Unfortunately women have this whole entitlement thing and men stopped being gentlemen because if we don’t set the example to our sons and daughters How will they know

Thanks for your post Nic and you’re spot on!

Chivalry was dealt a death blow by woman’s lib. Ladies, you can’t have your cake and eat it. My wife agrees.

Good point Carlin, it seems to be frowned up because it’s looked at as making women lower than men which is totally incorrect, anyway thanks for your post!

Chivalry? Women killed it! We (men, those of us who don’t believe in it)just buried it! That’s our only crime.

Chivalry died when women respecting men died… (I’m generalizing here, let’s just say all the men I know are chivalrous to women who deserve it). A bee with an itch get’s no sympathy here.

Oh so true Gavin, respect is earned irrespective of gender!

The background also counts, how they were taught and who taught them. Culture is also another factor, in some cultures women are lesser than men.

Thanks for the comments guys

Did you see the newspaper headline yesterday: “CHIVALRY IS SEXISM!” Have you ever heard such bullshit?! Probably written by someone who has no idea what chivalry is.